Leslie Maitland: “Crossing the Borders of Time: A True Story of War, Exile, and Love Reclaimed”

Leslie Maitland: “Crossing the Borders of Time: A True Story of War, Exile, and Love Reclaimed” 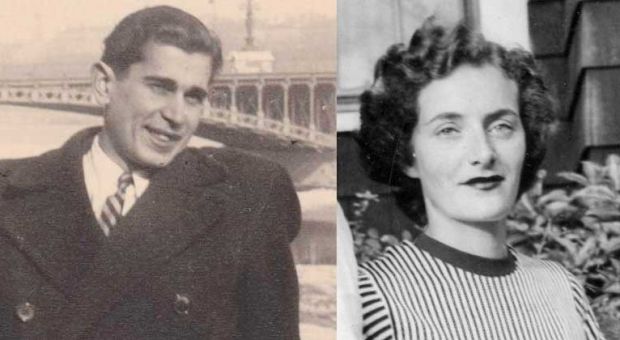 Like many children whose parents survived the Nazi regime in Europe, Leslie Maitland grew up with stories of her mother’s wartime experiences. In a new book the former New York Times investigative reporter retraces her mother’s life in Germany and occupied France. She escaped on the last refuge boat to leave Marseille before the port was closed. Her journey took her through Casablanca, Jamaica a refugee camp in Cuba, and finally New York. Left behind was her French Catholic fiance. Leslie Maitland describes how she decided to track down her mother’s lost love and how their lives changed after she found him.

All images are courtesy of Leslie Maitland

Like many children whose parents survived the Nazi regime in Europe, Leslie Maitland grew up possessed by a history not her own. In a new book, she retraces her mother’s life in Germany and occupied France and the 11th-hour flight from the Nazis. She explains why she decided to track down her mother’s lost love and how their lives changed after she found him. Leslie Maitland is an award-winning former New York Times reporter and a frequent guest on our Reader’s Reviews.

Maitland, her family (including her father) and her mother’s friends all knew about Roland, her mother’s long-lost lover from Europe in WWII. Maitland’s mother and her family fled their town of Freiburg, Germany in 1938, for Malhouse, France. Her mother met Roland there for the first time. Initially, Roland was interested in a friend of Maitland’s mother’s, writing her love letters. Maitland listened to her friend read the letters and, as Maitland puts it, fell madly in love. But after war was declared in 1939, everyone fled from the area and scattered around for fear of the shelling, and Maitland’s mother, Janine, and Roland were separated after becoming close for a brief time.

Another Path Through Life

While the war raged on, Janine and Roland met again. The family got papers to move to Lyon, where it was safer, and there, Janine bumped in to Roland on the street. “He was there attending law school and she saw him on the street and all of her dreams came true,” Maitland said. But though Janine had dreamed of marrying Roland, the intervention of family, the war, and of circumstance prevented that and she ended up marrying an American – Maitland’s father. Maitland’s father insisted that Janine have a “tearing-up” party before they married, in which he made her destroy everything Roland had given her, including pictures and letters. She was able to save just two things – a photograph and a long letter from Roland. After her marriage, Roland tried to contact her, but Janine’s family kept her from knowing about it.

Janine did want to marry Maitland’s father, though. She had been separated from Roland for five years and had tried contacting him but had received no responses. It was she who persuaded he, after a first marriage of his, to marry her. Later, Roland came to visit her in New York, but she refused to see him for fear she would run off with him. many years later, when Maitland’s father was at the end of his life with illness, she sought Roland out herself. Maitland leaves it up to the reader to discover how Janine and Roland were reunited, but they did in fact end up together. Maitland makes it clear, though, that though her own father was strict and could be demanding, she wonders how his life might have been different had the “specter” of Roland not always been hovering in the background of his married and family life. In this sense, Maitland sees her father as just as much a victim of war as her mother and others had been.