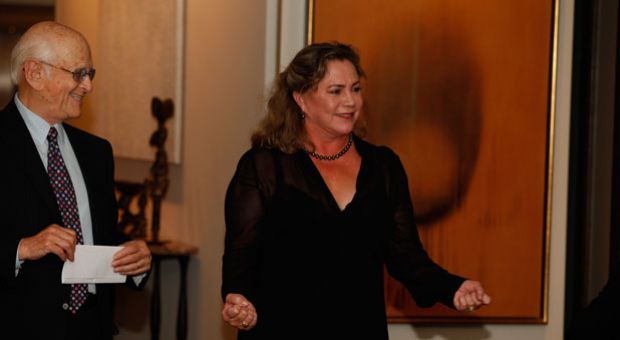 “All in the Family,” “Maude,” “Sanford & Son,” “Good Times,” and “The Jeffersons.” These iconic television shows all have something in common: producer Norman Lear. The shows addressed some of the most pressing social and political issues of the day. Lear received four Emmys, a Peabody and the National Medal of Arts. In presenting the latter to him, former President Bill Clinton said, “Norman Lear has held up a mirror to American society and changed the way we look at it.” Lear is also politically active — he founded People For the American Way, of which actress Kathleen Turner is a board member. Turner is best known for her films “Body Heat,” “Romancing the Stone” and “Peggy Sue Got Married.” Norman Lear and Kathleen Turner talk about their careers and shared political activism.