Paul French: “Midnight in Peking: How the Murder of a Young Englishwoman Haunted the Last Days of Old China” (Rebroadcast)

Paul French: “Midnight in Peking: How the Murder of a Young Englishwoman Haunted the Last Days of Old China” (Rebroadcast) 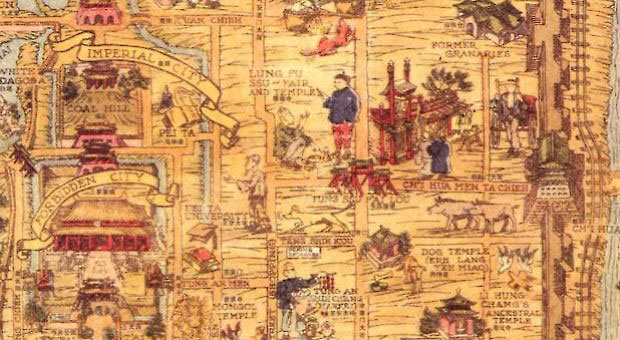 China’s emergence as a superpower is unquestioned today. But less than a century ago, Old China breathed its last as the country faced a Japanese invasion, then years of civil war and turmoil. Peking, now Beijing, was a city on the edge in 1937 — a place of superstition, fraught with danger where Westerners sought out adventure. The brutal murder of British schoolgirl there on a cold January morning made international headlines. But the world soon forgot about Pamela Werner as China was plunged into the chaos of war. Diane and her guest explore the real-life story of murder and belated justice in Old China.

The name Peking reminds us of old China before the Cultural Revolution. The brutal death of an English girl in 1937 shocked the city as well as the world. Paul French’s new book, “Midnight in Peking,” tells the story of a forgotten murder set in a city and country on the brink of cultural change.

French had lived and worked in China for about 20 years at the time he got the idea for the book. He was reading a book about Edgar Snow, an American journalist who wrote “Red Star Over China,” the book, French said, that introduced Chairman Mao to the world. There was a footnote in the book about the Werner family, who lived on the same street as Snow. The footnote included information about the murder of Pamela Werner in 1937. “I’ve got this theory that if you have a good idea, right, you know, don’t write it down, go to sleep and I trust my brain to sift the dross from the good stuff. And when I wake up in the morning, if the idea is still at the front of my brain, it’s good and if my brain has decided to put it in the little bin and click delete, then it wasn’t worth any of my time,” French said.

Who Was Pamela Werner?

Werner was a 19 year-old English woman, adopted, who came from a wealthy, well-respected family. Her mother died when she was quite young, four or five, and she traveled frequently with her father, and was eventually sent away to school. At the time of her murder, her father was a retired British diplomat. “Stalin did once say that “one death is a tragedy and a million is a statistic.” And Pamela almost becomes, for both the Chinese and the foreign community, this symbol of terror, this descent from civilization to barbarism. Everyone knew it was going to happen and the murder, the horrific murder of this young girl, becomes a symbol of that terrible future that is almost inevitable at that point,” French said.

“One thing that’s interesting about both Eastern and Western culture is there’s something about unsolved murder that really unsettles our sense natural justice. You know, it discombobulates us, our ethics,” French said. He did come across documents in the U.K. National Archives that included a lot of information from a private investigation that Pamela Werner’s father had conducted to try to find out what had happened to his daughter. Before her father died, he believed he had discovered who had killed her. He sent the information to London in 1943, but, as French said, the British had other things to worry about at that time, and the case was largely forgotten.