150 Years After The Battle Of Gettysburg

150 Years After The Battle Of Gettysburg 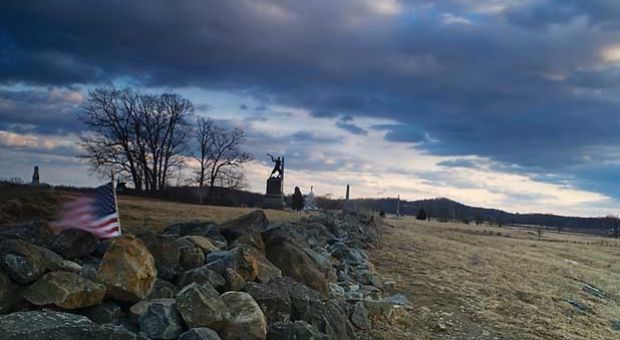 Remains of the stone wall at the "Angle", the point of the southern attack on July 3, 1863. National Park Service

Tens of thousands of visitors are expected to flood the 6,000-acre Gettysburg National Military Park and surrounding town this week to commemorate the 150th anniversary of the Battle of Gettysburg. The events of July 1-3, 1863, produced more than 50,000 casualties, with an estimated 7,500 soldiers killed. Many historians consider Gettysburg a major turning point of the Civil War after Northern forces turned away a Confederate advance. And in the decades following the conflict, the battleground became a symbol of reconciliation. Diane and her guests discuss the significance of the Battle of Gettysburg and how it’s remembered.