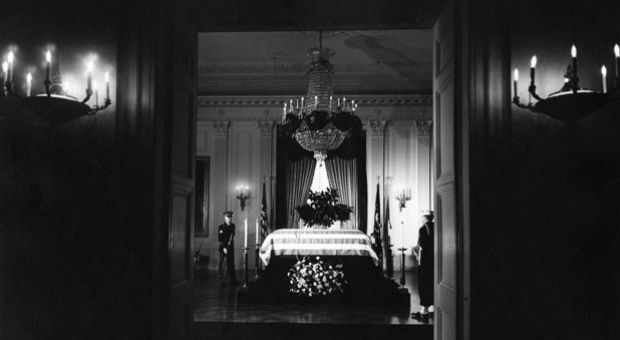 The events of November 22, 1963, changed America. An eyewitness account of what happened in Dallas after John F. Kennedy’s assassination, what we know about the investigation and why it continues to stir debate today.

More than 1.5 million condolence letters and telegrams from around the world poured in to the White House after President John F. Kennedy was assassinated. Kennedy administration assistants separated certain “VIP” messages addressed to his widow from individuals such as Martin Luther King, Jr., Duke Ellington and Nikita Khruschchev. View a selection of the sympathy messages, including the reply card first lady Jacqueline Kennedy sent to each condolence letter she received. Click “full screen” to view the letters in detail.