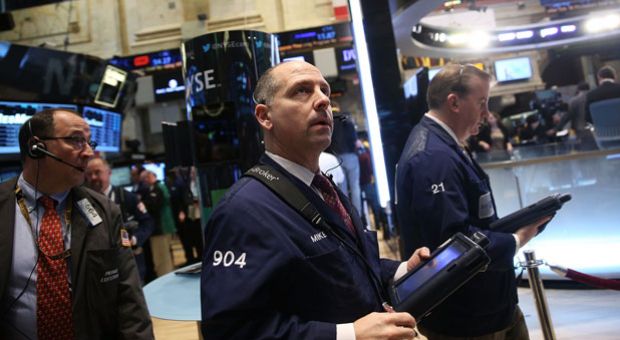 Traders work on the floor of the New York Stock Exchange on January 27, 2014 in New York City. Following a drop of over 300 points on Friday, U.S. markets stabilized in early trading January 27, with the Dow Jones industrial average and the S&P 500 up slightly. (Photo by Spencer Platt/Getty Images)

For the past few years, we’ve heard a similar message from economists every early January: This will be the year the economy would finally recover. And every year, those promises have fallen short. Now, as we enter 2014, we are hearing a similar theme and this time, observers say, there really are signs for optimism. They point to stronger consumer confidence, fewer drawn out budget battles in Washington and less volatility around the world. Yet even as the economy seems to be slowly improving, President Barack Obama plans to highlight economic disparities in his State of the Union address tonight. Diane and her guests check in on the U.S. economy.