Security And Human Rights At The Sochi Winter Olympics

Security And Human Rights At The Sochi Winter Olympics 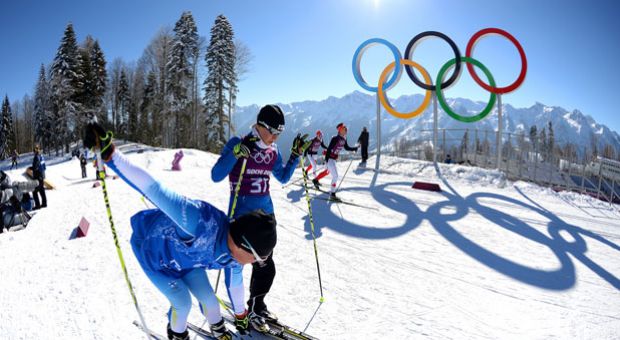 Cross-Country skier Riikka Sarasoja-Lilja of Finland speaks with a coach during training ahead of the Sochi 2014 Winter Olympics at the Laura Cross-Country Ski and Biathlon Center on February 5, 2014 in Sochi, Russia. (Photo by Harry How/Getty Images)

Russia has spent an estimated $50 billion on construction and infrastructure projects for the upcoming winter Olympics in the Black Sea resort of Sochi, making it the most expensive games ever. Russia’s President Vladimir Putin and many Russians hope the Olympics will showcase the beauty and power of Russia. Yet Sochi is also highlighting the nation’s problems: the terrorist threat within its borders, state corruption, anti-gay laws and press censorship. As criticism mounted leading up to the games, Putin released hundreds of prisoners. Diane and a panel of guests discuss security and human rights in Russia.