Rising Poverty In America: The Causes And Consequences

Rising Poverty In America: The Causes And Consequences 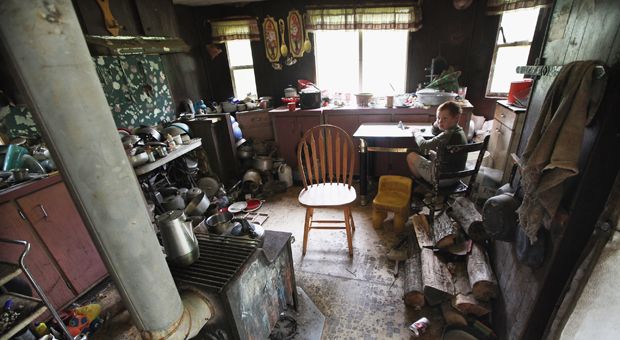 Johnny Noble, 9, sits in his uncle's trailer during a visit on April 21, 2012 in Owsley County, Kentucky. Mose Noble's trailer has no electricity or running water but he receives governmental and neighborly assistance. The 2010 U.S. Census listed Owsley County as having the lowest median household income in the country outside of Puerto Rico, with 41.5 percent of residents living below the poverty line. Photo by Mario Tama/Getty Images

A half-century ago, President Lyndon B. Johnson declared war on poverty. Since then, the percentage of poor Americans has declined, but more than 46 million still live below the poverty line today. That’s about 15 percent of the population. Whether the war on poverty was a success or failure is the subject of passionate debate and heavily ideological. Many economists say without the social programs implemented to fight poverty, millions more Americans would be poor. Critics argue those programs took away incentives to work and created an underclass dependent on government subsidies. Diane and guests talk about the causes and consequences of poverty in America.