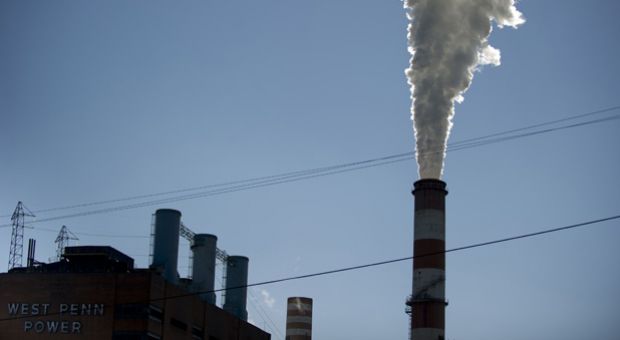 A plume of exhaust extends from the Mitchell Power Station on September 24, 2013 in New Eagle, Pennsylvania. Jeff Swensen/Getty Images

In June, the EPA is scheduled to release a proposed rule to reduce carbon dioxide emissions from the country’s power plants. The regulation would be one of the most far reaching to date, targeting the biggest source of CO2 pollution. It comes at a time when scientists are warning, with greater urgency, about the dangers of climate change. The proposal is still being crafted, but the push back is already fierce from industry and from politicians in heavy coal burning states. For this month’s Environmental Outlook, Diane and her guests discuss the debate over the federal government’s effort to reduce carbon dioxide emissions.