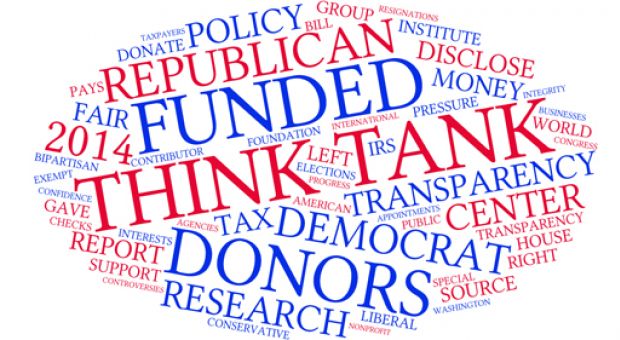 The role of think tanks in shaping public policy dates back nearly a century to when the Brookings Institution set up shop in the nation’s capital. The idea was to create a “university without students” that could provide research to lawmakers. Today, there are more than 1,800 think tanks in the United States, 400 in Washington alone. They range from liberal to conservative, scholarly to activist. Recently, outside groups have started to demand a higher level of transparency when it comes to where think tanks get their money. They say citizens deserve to know who is bankrolling the ideas that shape our democracy. A conversation about think tanks, influence and independence.