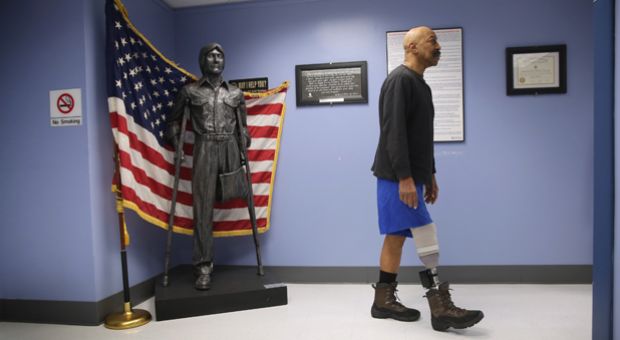 At a news conference yesterday, President Barack Obama strongly defended the Department of Veterans Affairs. The agency is beset by widening allegations of falsified records and treatment delays for veterans. The president also defended V.A. Secretary Eric Shinseki, saying “nobody cares more about our veterans.” But the president stressed that if the allegations prove to be true, those responsible will be held accountable. Many veterans’ advocates, Republican lawmakers and even some Democrats expressed disappointment with the president’s comments for not offering concrete solutions; others renewed their calls for General Shinseki to resign. Guest host Tom Gjelten and guests discuss the V.A. under fire.