Debate Over How Teacher Tenure Affects The Quality Of Education

Debate Over How Teacher Tenure Affects The Quality Of Education 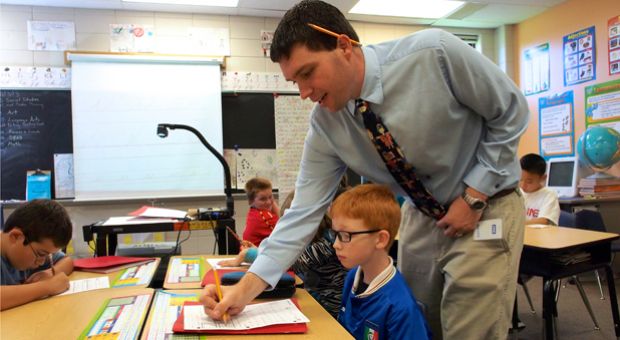 Last week in California, a judge ruled the state’s teacher tenure laws unconstitutional, arguing the current system discriminates against children from low- income families. The decision is the latest battle in a movement to weaken teacher tenure laws across the country and it’s a battle that often pits school reform advocates from both parties against teachers’ unions. Since 2009, two-thirds of states have toughened tenure standards. The California ruling is the first time the issue has been decided in the courts and observers say it has national implications. Guest host Tom Gjelten and a panel of experts discuss teacher tenure and the quality of a public school education.