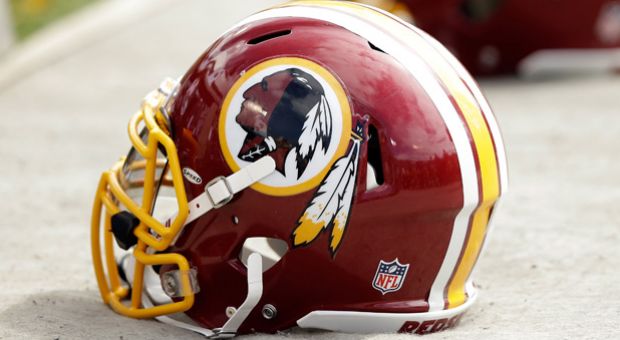 Washington Redskins helmets lay on the ground during the team's game against the Oakland Raiders at O.co Coliseum on September 29, 2013 in Oakland, California. Ezra Shaw/Getty Images

Yesterday the U.S. Patent and Trademark Office canceled the trademark registrations of the Washington Redskins. A panel of three judges at the agency ruled the football team’s name is disparaging to Native Americans. The team says it will appeal the decision but pressure is building for change. This is the second time the Washington Redskins team has had its trademarks revoked: In 1999, the Patent Office ruled the name was disparaging, but the decision was overturned on appeal. Critics of the name say this time is different because of a groundswell of objections, including a letter signed by fifty U.S. senators. Supporters of the name argue it honors Native Americans, and that forcing a name change violates freedom of speech. Guest host Susan Page and a panel discuss the debate over a trademark and changing ideas about what’s offensive.