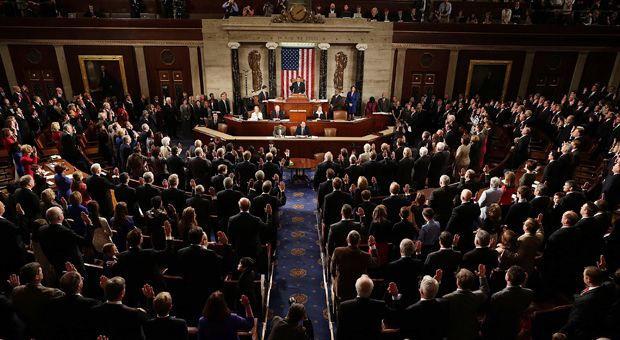 Speaker of the House John Boehner (R-OH) swears in the newly elected members of the first session of the 113th Congress on January 3, 2013 in the House Chambers in Washington, D.C. Mark Wilson/Getty Images

Political gridlock has doubled since the 1950s, and a recent poll shows public approval of Congress is just 16%–an all-time low for a midterm year. This week, a bipartisan commission made up of former state and federal officials, business and academic leaders is out with more than sixty recommendations for how to fix the political process. The commission calls for holding one national primary, instituting a five-day workweek for Congress and appointing independent redistricting commissions to prevent gerrymandering. But critics say the recommendations don’t go far enough to address serious, campaign finance problems. Guest host Susan Page and a panel discuss new bipartisan efforts to reduce government gridlock and the influence of big donors.