ISIS And The Challenges Facing The Obama Administration

ISIS And The Challenges Facing The Obama Administration 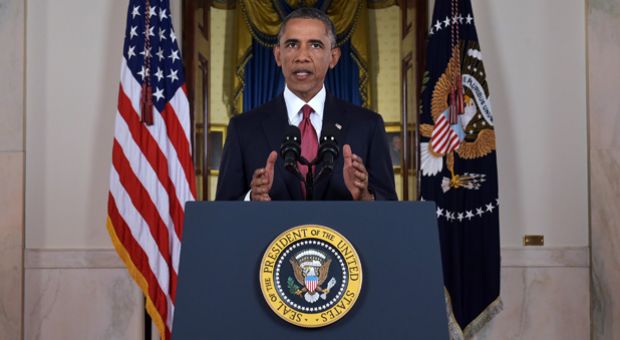 US President Barack Obama delivers a prime time address from the Cross Hall of the White House on September 10, 2014 in Washington, DC. Vowing to target the Islamic State with air strikes 'wherever they exist,' Obama pledged to lead a broad coalition to fight IS and work with 'partner forces' on the ground in Syria and Iraq. SAUL LOEB/AFP/Getty Images

President Barack Obama has faced a litany of foreign policy crises in recent months, and Americans have less confidence than ever in his handling of issues abroad. The threat posed by the militant group ISIS may prove to be the most significant challenge of his presidency. Last night, Obama addressed the nation with a plan to combat ISIS, in what he called a “comprehensive and sustained” strategy to defeat the terrorist organization. Following the beheading of two American journalists by the group, polls show increasing support by the American people for strong military action. But many remain wary of getting too deeply involved, and skeptical of the leadership of a president who vowed to end our conflicts abroad and bring troops home. A look at ISIS and the challenges for the Obama administration.