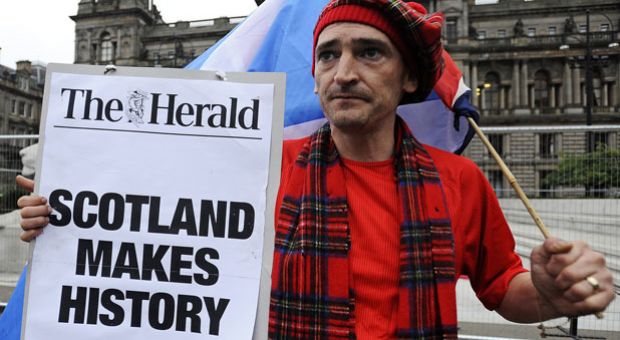 A pro-independence supporter is pictured in George Square in Glasgow, Scotland, on September 19, 2014, following a defeat in the referendum on Scottish independence. Scotland rejected independence on Friday in a referendum that left the centuries-old United Kingdom intact but paved the way for a major transfer of powers away from London. (Andy Buchanan/AFP/Getty Images)