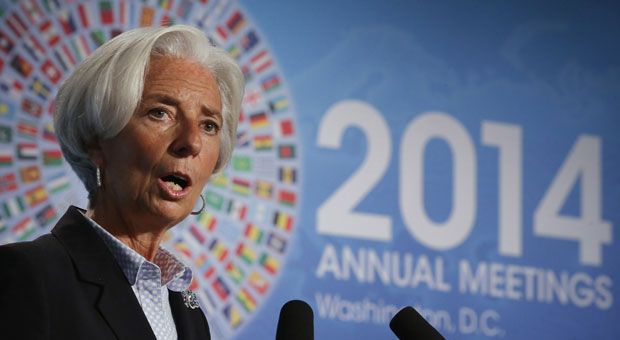 The financial markets swung wildly last week, as concerns grew over a global economic slowdown. The International Monetary Fund has slashed its global growth forecasts, and the eurozone may be on the brink of its third recession since 2008. World economic leaders met this weekend in Washington and vowed to take bold action to bring stability, while remaining divided on next steps. The U.S. remains a bright spot in the world economy, with encouraging trends like declining unemployment. But Fed officials have said the situation in Europe could delay interest rate increases, and many worry about the slowdown’s impact on the U.S. economy’s forward momentum. The global economic slowdown, and what it could mean for U.S. recovery.