What To Expect From A Republican-Controlled Congress

What To Expect From A Republican-Controlled Congress 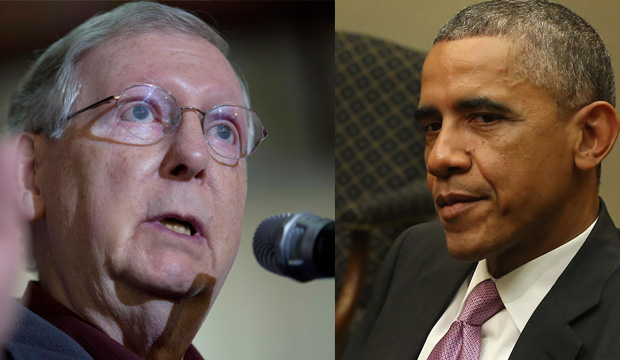 When the new Congress takes power in January, Republicans will be in charge of both chambers for the first time in eight years. Presumptive Senate Majority Leader Mitch McConnell and President Barack Obama say they want to find common ground on issues like taxes and trade. But the president says he’s done waiting for Congress to pass immigration reform and vows to act alone if necessary. And some conservatives argue big GOP gains mean the party should be less willing to compromise. Their first order of business: chip away at the Affordable Care Act. Diane and her guests talk about what President Obama and a Republican Congress can hope to accomplish before 2016.