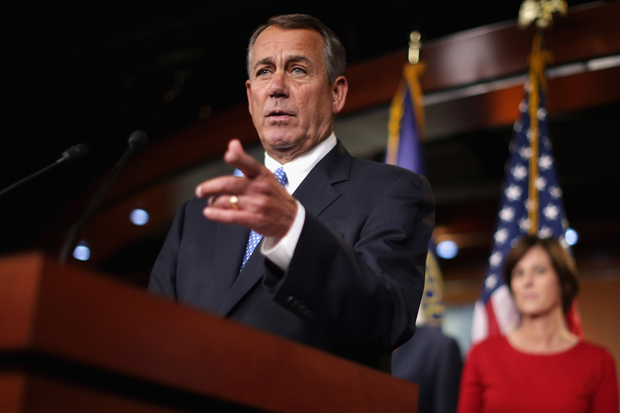 Speaker of the House John Boehner (R-OH) holds a news conference Nov. 13 with the newly-elected members of the House GOP leadership in Washington, D.C. Boehner announced that the House will continue to push back against President Barack Obama's executive actions. Photo by Chip Somodevilla/Getty Images

There are an estimated 11 million people living illegally in the United States. In 2012, President Obama granted hundreds of thousands of undocumented young people protection from deportation. One year later, the Senate passed a bipartisan bill to overhaul immigration enforcement. But the Republican-led House of Representatives never took it up. Now, President Obama is poised to issue an executive order which could expand protection from deportation to as many as five million people. Supporters say congressional inaction has left the president with no other choice. But critics say it goes too far. And speaker John Boehner says he’ll sue the president. Diane and guests discuss the debate over executive action on immigration.