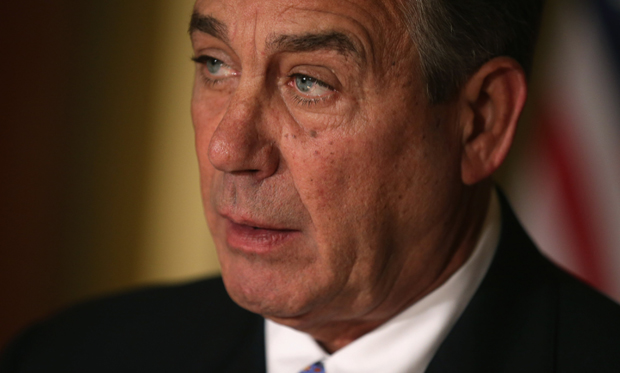 Speaker of the House John Boehner (R-OH) talks with reporters in his office in the U.S. Capitol. Photo by Chip Somodevilla/Getty Images

President Barack Obama signed executive orders on immigration last week, which could protect as many as five million people from deportation. The president said he had no choice because of inaction by congress. Supporters of the move hailed the decision as long-awaited relief for millions of undocumented immigrants living in the shadows. But Republicans strongly oppose the president’s order, saying it’s an overreach of power. GOP governors of several states have said they may sue the president. And some in Congress are even raising the possibility of impeachment. Diane and guests discuss Republican response to White House action on immigration.