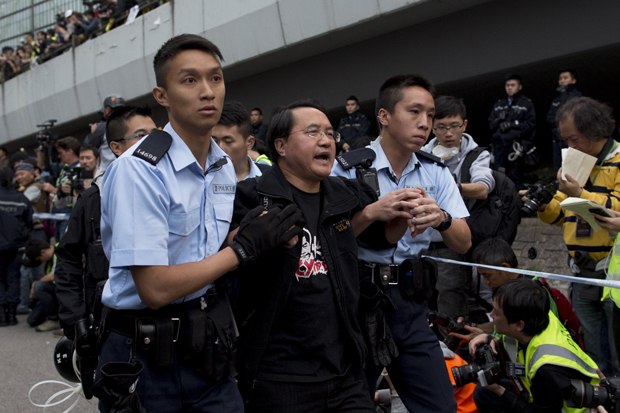 Police officers arrest a pro-democracy protester outside Hong Kong's Government complex on December 11, 2014. After more than two months and drawing crowds of over 100,000, the main Admiralty pro-democracy protest site is being cleared away by bailiffs and police after a court injunction paved the way for officials to clear three parts of the site. Brent Lewin/Getty Images