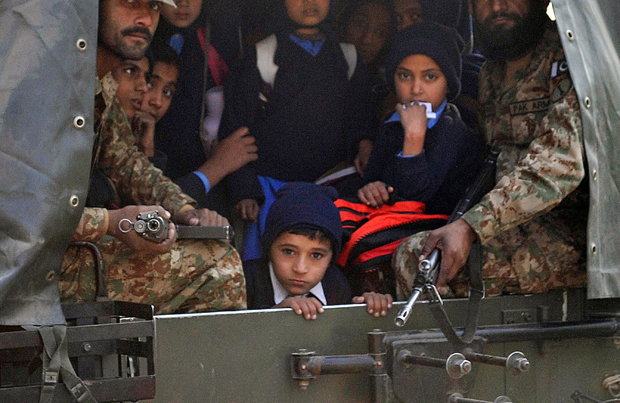 Pakistani soldiers transport rescued school children from the site of an attack by Taliban gunmen on a school in Peshawar on December 16, 2014. Taliban insurgents killed at least 130 people, most of them children, after storming an army-run school in Pakistan December 16 in one of the country's bloodiest attacks in recent years. A Majeed/AFP/Getty Images

Six heavily armed gunmen stormed a military school in Peshawar, Pakistan killing more than 130 people, mostly teenagers, and many the children of military officers. Pakistani Taliban claimed responsibility for the deadly attack, possibly in retaliation for Pakistan’s military operations against it. The death toll makes this attack one of the worst in the region in decades and is a grim reminder of the ongoing political turmoil. Please join us for an update on the attack and its implications for the region.