Sven Beckert: “The Empire of Cotton”

Sven Beckert: “The Empire of Cotton” 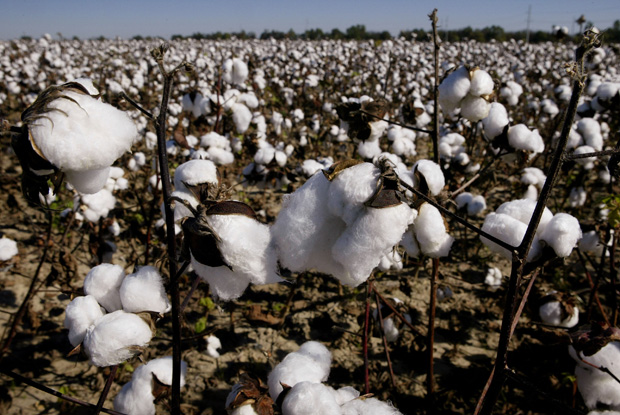 A cotton field waits to be harvested on BTC farm near Clarksdale Mississippi.

Five hundred years ago, Aztec villagers in Mexico were among the first people to turn cotton into cloth and dye it colors. But for hundreds of years, it remained largely a household crop. Then, in the 18th century, the cotton industry began a meteoric rise that would eventually land it at the center of European and American economies. Entrepreneurs and statesmen captured trades and skills in Asia, land in the Americas and enslaved Africans, to create a vast, cotton empire. Thousands of factories were built worldwide, which depended on cheap labor, and often, child workers. A new book on how cotton made and re-made global capitalism, and helped create wealth inequality that persists today.

Excerpted from Empire of Cotton by Sven Beckert Copyright © 2014 by Sven Beckert. Excerpted by permission of Knopf, a division of Random House LLC. All rights reserved. No part of this excerpt may be reproduced or reprinted without permission in writing from the publisher