Understanding The Trans-Pacific Partnership And What The Trade Deal Could Mean For The U.S. Economy

Understanding The Trans-Pacific Partnership And What The Trade Deal Could Mean For The U.S. Economy 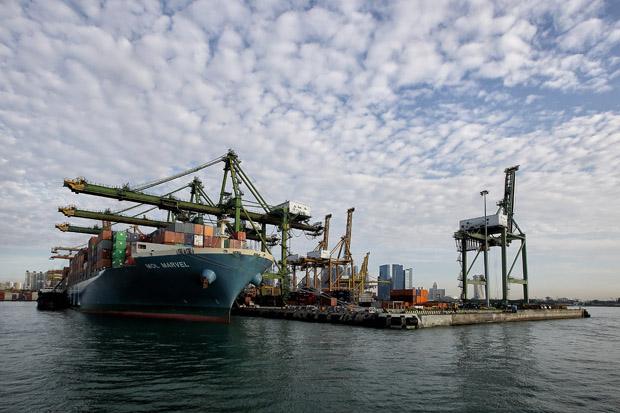 A container vessel docks at the Tanjong Pagar Terminal on January 10, 2014 in Singapore. The terminal, at the Port of Singapore in Singapore, is part of the proposed Trans Pacific Partnership trade agreement. Suhaimi Abdullah/Getty Images

Negotiators from 12 countries have been meeting for more than a decade on the Trans-Pacific Partnership (TPP). Trade experts say the deal could boost U.S. exports by more than $100 billion dollars annually and add 600,000 jobs. As the meetings near the end, key sticking points remain on intellectual property and food imports. Critics of the TPP say the process is too secretive and favors big businesses. Supporters argue the deal would even the playing field for American manufacturers by eliminating most tariffs. Diane and guests discuss debate over the Trans-Pacific Partnership and what it could mean for the U.S. economy and American workers.