New Calls For Reform Of Our Local Criminal Justice Systems

New Calls For Reform Of Our Local Criminal Justice Systems 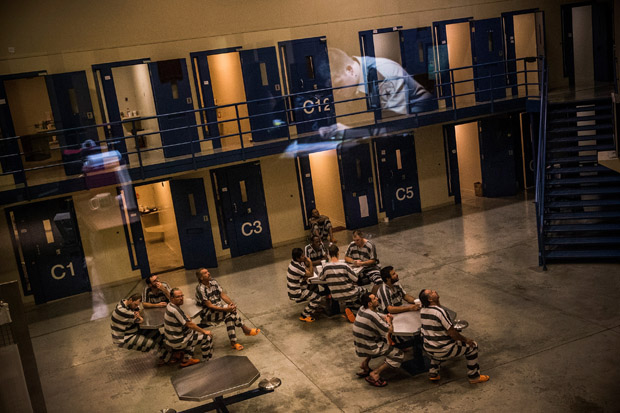 An officer is reflected in the glass as inmates sit in the county jail on July 26, 2013 in Williston, North Dakota. Andrew Burton/Getty Images

While convicted criminals are usually sent to do their time in prisons, U.S. jails are typically for those awaiting trial, and those who have been deemed dangerous or a flight risk. But according to a new report, U.S. jails have today become overcrowded warehouses for vulnerable members of society. Many are too poor to post bail, or are suffering from mental illness or addiction. Nearly 75 percent of those in jail are there for non-violent crimes, some as minor as traffic violations. Now there are new calls to re-think who we put in our jails, and how long we keep them there. A conversation about reforming our local criminal justice systems.

Click on the image to view this Vera Institute of Justice infographic in a larger window.