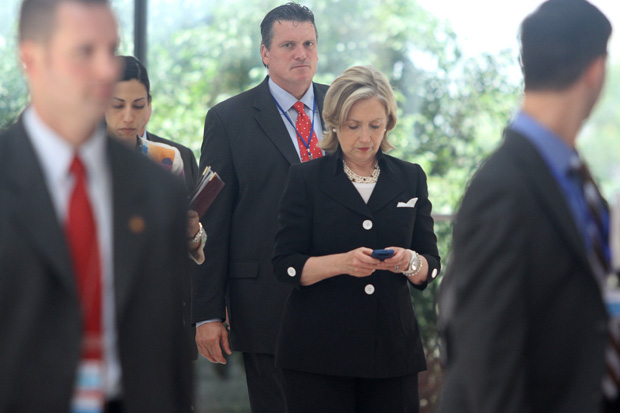 In this 2010 file photo, then-U.S. Secretary Of State Hillary Clinton (C) looks at her mobile phone after attending a meeting in Hanoi. Na Son Nguyen/AFP/Getty Images

Hillary Clinton, the likely top 2016 Democratic presidential contender, plans to speak out Tuesday about her use of a private email account while she served as Secretary of State. Last fall, when she was no longer Secretary of State, government employees were instructed not to use private email accounts for government business, as related correspondence is considered to be part of the permanent federal record. Clinton has since turned over 55,000 pages of emails relating to official State Department business, but questions remains about why she chose to rely exclusively on a private email address as Secretary of State and whether there are other emails associated with her private account that should be released. We take a look at rules and standards for government officials.