Senate Republicans’ Letter to Iran And What It Means For U.S. Presidential Authority

Senate Republicans’ Letter to Iran And What It Means For U.S. Presidential Authority 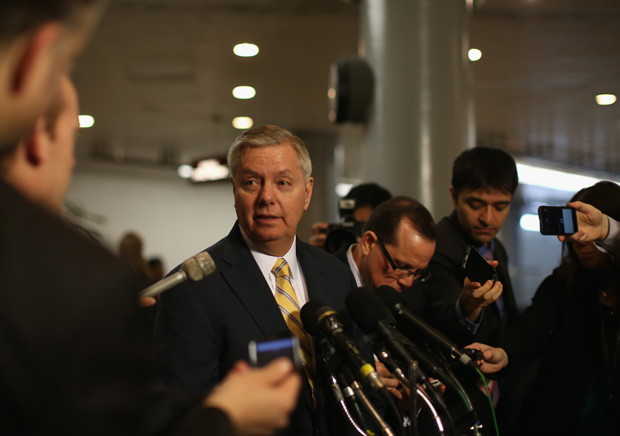 Sen. Lindsey Graham (R-SC) talks to the media March 10 about the GOP letter sent to Iran, outside the U.S. Capitol in Washington, D.C. Photo by Mark Wilson/Getty Images

This week, 47 Republican senators issued a warning to leaders of Iran: Any nuclear deal you make with President Barack Obama will not be considered binding and could be undone by the next administration. The move has shocked many in Washington, including Democrats who call it an unprecedented attempt by members of Congress to insert themselves into foreign policy negotiations—and to undermine the president. But some Republicans insist this is an understandable reaction to Obama’s pattern of overstepping his authority with Congress. Could the move derail negotiations with Iran? And does it challenge presidential power itself? We look at the fallout from the Republican letter to Iran.