Frederick A.O. Schwarz Jr.: “Democracy In The Dark: The Seduction Of Government Secrecy”

Frederick A.O. Schwarz Jr.: “Democracy In The Dark: The Seduction Of Government Secrecy” 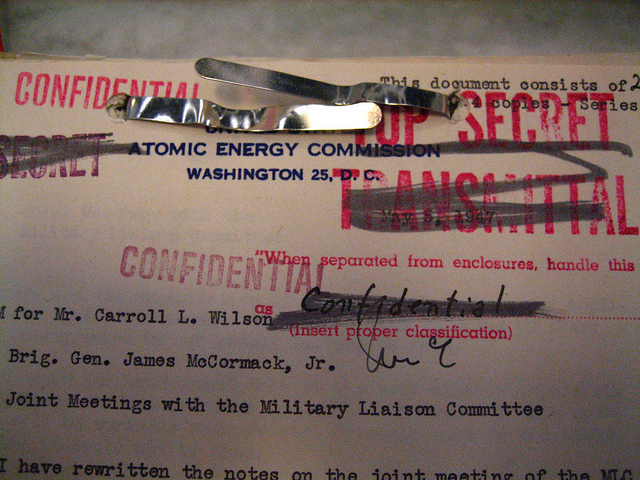 An AEC document from the late 1940s. Restricted Data, via Flickr

Since the dawn of time, leaders have tried to control access to information. Even in the early days of the democratic United States, the founding fathers struggled to define how open a society the new country should be. In this debate, Thomas Jefferson won the day and the American government, by and large, favored openness over secrecy. But Frederick A.O. Schwarz Jr., the author of the new book “Democracy In The Dark” says the U.S. government has shifted far from this founding principle and that we are currently living in a “secrecy era” in which a lack of transparency threatens to undermine democracy. He joins Diane in studio to talk about the culture of secrecy in American government.