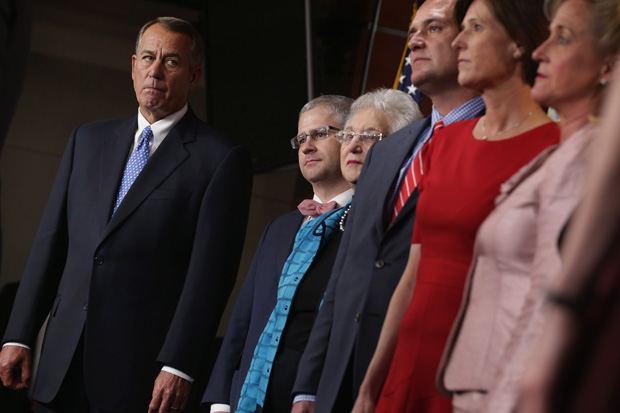 Speaker of the House John Boehner (R-OH), left, stands with the newly-elected members of the House GOP leadership team during a news conference Nov. 13 at the U.S. Capitol in Washington, DC. Photo by Chip Somodevilla/Getty Images

On Tuesday, just ahead of the 100th day of the new Republican-led Congress, the Senate approved a change to the old Medicare payment formula. The rare bipartisan legislation came in the same week that President Barack Obama said he would sign a bill giving Congress oversight of the Iran nuclear deal. While the early days of the new Congress were marked by gridlock over issues including immigration, this recent movement on the Hill has some wondering if this government is poised to be more productive than its predecessor — and if Congress’ relationship with the president is shifting. We look at the first hundred days of the new Congress and what’s ahead.