The Aftermath Of Nepal’s Deadly Earthquake

The Aftermath Of Nepal’s Deadly Earthquake 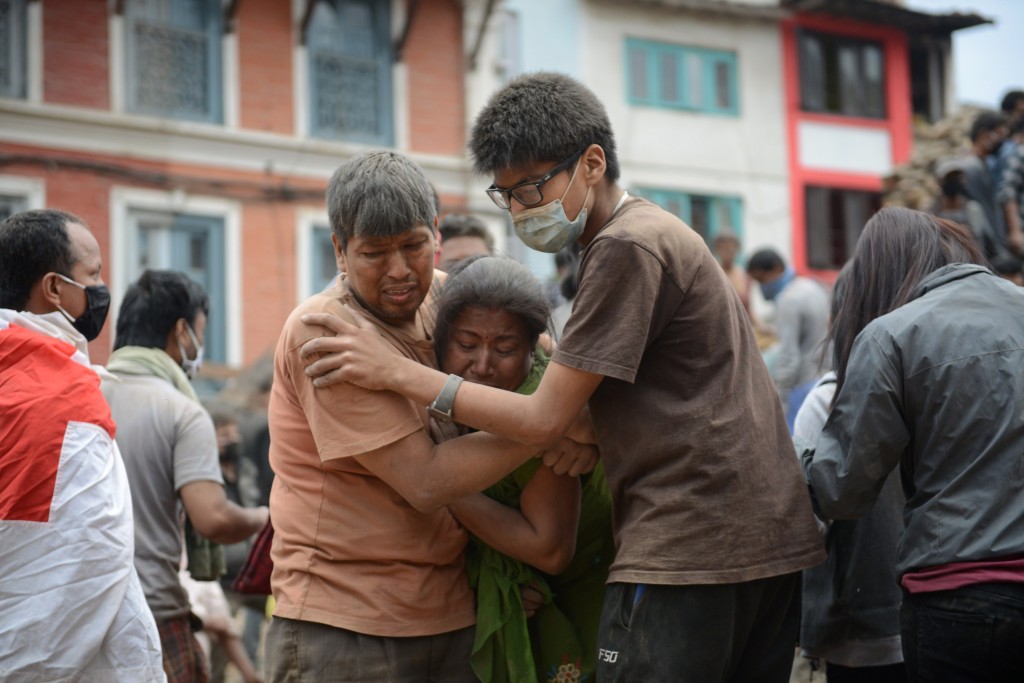 Earthquake victims are helped by a rescuer in Kathmandu's Durbar Square after an earthquake on April 25, 2015. PRAKASH MATHEMA/AFP/Getty Images

The death toll in Nepal continues to rise, two days after a 7.8-magnitude earthquake. Officials estimate nearly 4,000 people have lost their lives. Damage to the country’s cultural treasures was also great, with centuries-old landmarks reduced to rubble. Terrified residents have begun fleeing the capital of Kathmandu, fearing the powerful aftershocks that have continued since Saturday. If they stay, they’re facing a growing shortage of food and supplies. While experts have long known that a quake on this scale was likely, the area has remained vulnerable to major devastation. We look at the aftermath of Nepal’s deadly earthquake and what more can be done to prepare for and predict severe earthquakes.

Mercy Corps: On The Ground in Nepal

Our team on the ground is preparing to respond to urgent needs in the hardest-hit areas.

More information: Save The Children

Ways to Give to Charity

Save The Children is on the ground in Nepal.