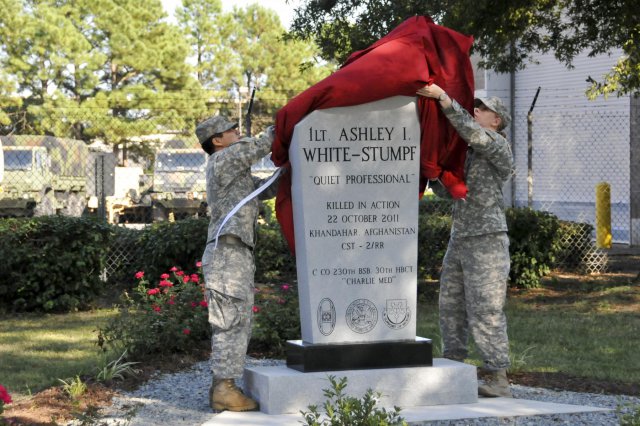 Five years ago, the Pentagon launched a pilot program to put women alongside U.S. Special Forces fighting in Afghanistan. So-called “Cultural Support Teams” were designed to overcome male–female cultural barriers and achieve counter-terrorism goals. Of the more than 100 women chosen for training, only half would make the final cut. One of those soldiers was First Lieutenant Ashley White from Alliance, Ohio. White was serving alongside Rangers forces when an improvised explosive device (IED) claimed her life. She was 24 years old. We hear the story of the pilot program, its first casualty, and how it paved the way for women in combat positions.

Excerpted from “Ashley’s War: The Untold Story of a Team of Women Soldiers on the Special Ops Battlefield Hardcover,” Copyright 2015 by Gayle Tzemach Lemmon. Reprinted with permission from Harper. All rights reserved.