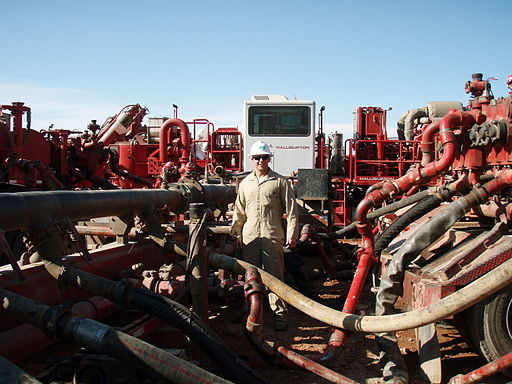 A 2011 fracking site run by Halliburton. By Joshua Doubek (Own work) [CC BY-SA 3.0], via Wikimedia Commons

Over the past decade, new technologies have fueled an oil and gas boom in the U.S., but hydraulic fracturing, or “fracking,” has triggered a backlash in some cities and towns. In November 2014, Denton, Texas banned fracking within its city limits. But this spring, the state passed a law that prevents local communities from banning fracking. And now, Oklahoma has passed a similar law, which the governor could sign today. Supporters of these laws say they ensure landowners aren’t deprived of their property rights. Critics argue they take away a community’s right to protect the health and safety of its citizens. We look at both sides of the debate over state laws that outlaw local bans on fracking.