Two years ago, Texas passed a law requiring all clinics that offer abortions to meet the same standards as hospital surgical centers. On Tuesday, a federal court upheld the Texas law, saying it did not place an “undue burden” on women seeking abortions. And in Wisconsin this week, a bill that would ban all abortions after 20 weeks passed the state senate. Fourteen states now have a similar ban on the books. Supporters of these laws say they are needed to protect the health and safety of women. But critics say they are unconstitutional and simply make it harder for women to obtain abortions. Diane and guests discuss new state laws restricting abortion and how courts are responding.

States prohibit abortion at this point in the pregnancy, with exceptions for protecting a women’s life or health.
Created with data from Guttmacher Institute. 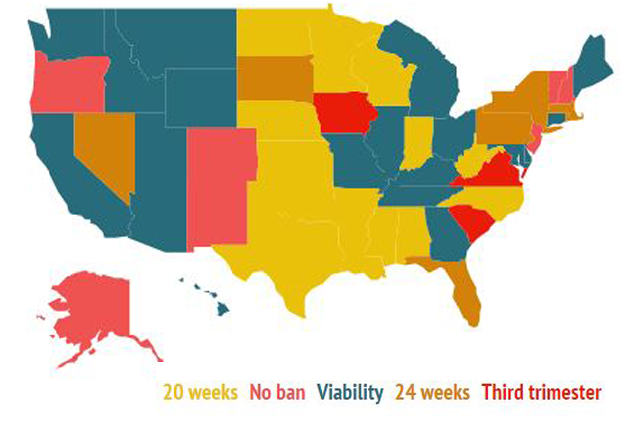