The History Of Polio In The U.S. And Efforts To Eradicate The Disease Globally

The History Of Polio In The U.S. And Efforts To Eradicate The Disease Globally 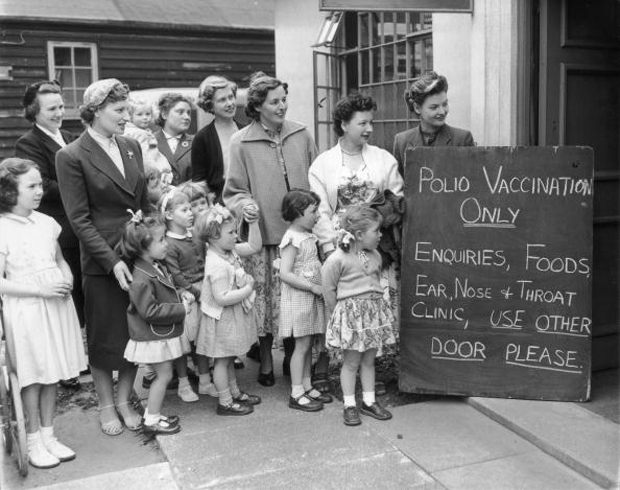 This 1956 photo shows a group of mothers with their children outside the Middlesex County Council Clinic, waiting for the first polio vaccinations to begin. Fox Photos/Getty Images

For a certain generation of Americans, polio is a very scary word. Serious outbreaks of the disease began appearing in the U.S. in the late 1800s. President Franklin Roosevelt contracted polio in 1921. Over the next several decades, tens of thousands of Americans a year were debilitated by the poliomyelitis virus. In 1952, polio killed some 3,000 people in the U.S. and paralyzed many more. Then came Dr. Jonas Salk’s vaccine. Schoolchildren across the country were inoculated, saving untold Americans from contracting the disease. Today, because of aggressive public health efforts, polio has been nearly wiped out globally. We look at the history of polio and the ongoing battle to finally eradicate it worldwide.