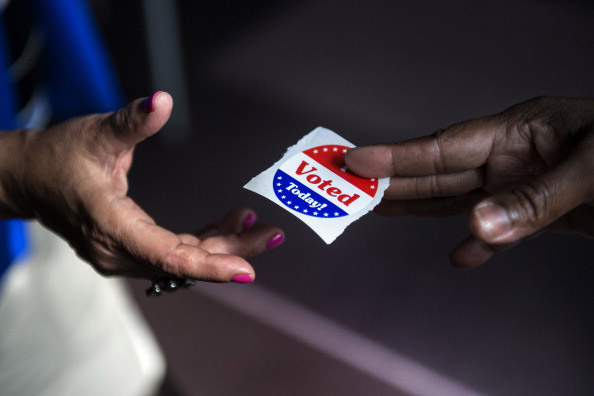 This 2012 photo shows a poll worker handing out "I Voted Today" stickers during the first day of early voting in Washington, D.C. BRENDAN SMIALOWSKI/AFP/Getty Images

Two years ago, the Supreme Court overturned Section Five of the Voting Rights Act. The result was that certain states with a history of racial discrimination no longer had to get pre-clearance before making voting changes. The consequences in some states was immediate. Texas passed a photo ID requirement, and in North Carolina, a number of voter restrictions were also approved. The courts have taken up cases in both states, leading to many questions about how much power the Voting Rights Act still has. We look at new voting laws, court challenges and a call from President Barack Obama to fully restore the legislation.