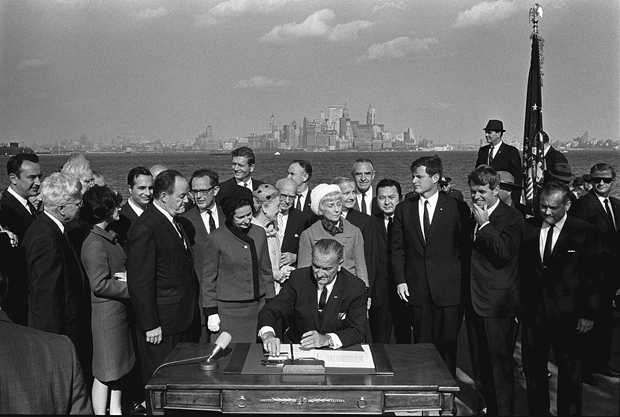 For decades, U.S. immigration law favored Europeans, reflecting America’s prizing of its Anglo-Saxon roots. But with the 1965 Immigration and Naturalization Act, the U.S. stopped allocating immigrant visas based on national origin. At last, people from around the world had a better chance to apply for a new life in the United States. Prior to that time, fewer than 5 percent of Americans were foreign-born. Today, that number has tripled – and has a radically different composition. Fifty years after the 1965 Immigration and Naturalization Act, a look at how America’s “founding myth of openness” has been tested, and how the law has transformed our nation in the decades since.

Marlo Thomas And Phil Donahue On What Makes Marriage Work

Tuesday, May 19 2020Diane talks marriage and its challenges, both in quarantine and in normal life, with Marlo Thomas and Phil Donahue. The couple, married for 40 years, have a new book called "“What Makes a Marriage Last: 40 Celebrated Couples Share With Us the Secrets to a Happy Life.”

Will College Campuses Reopen This Fall?

Friday, May 15 2020Diane talks with Jeffrey Selingo, author of the forthcoming book "Who Gets In & Why: A Year Inside College Admissions."

International Relations In The Age Of Coronavirus

Tuesday, May 12 2020Diane asks Richard Haass, president of the Council on Foreign Relations and author of "The World: A Brief Introduction."