Synthetic Drugs: What’s Behind The Nationwide Surge In Related Crime And Overdoses (Rebroadcast)

Synthetic Drugs: What’s Behind The Nationwide Surge In Related Crime And Overdoses (Rebroadcast) 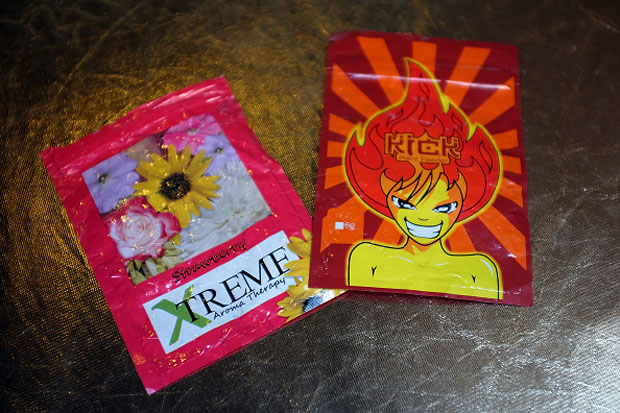 In this photo illustration, packets of K2 or "spice", a synthetic marijuana drug, are seen Aug. 5 in East Harlem in New York City. Spencer Platt/Getty Images

Emergency room doctors and police across the country say they are seeing a new surge of overdoses and crime related to drugs known as “synthetic marijuana.” Federal investigators say the drugs have little to do with marijuana and are often made with a variety of unusual chemicals produced in China. The drugs, also known as synthetic cannabinoids, are sold in slickly marketed packets that look like candy; with names like Spice and Scooby Snax, they’re sold online and in convenience stores. We look at what’s behind the increase in the use of synthetic marijuana and efforts to educate the public.