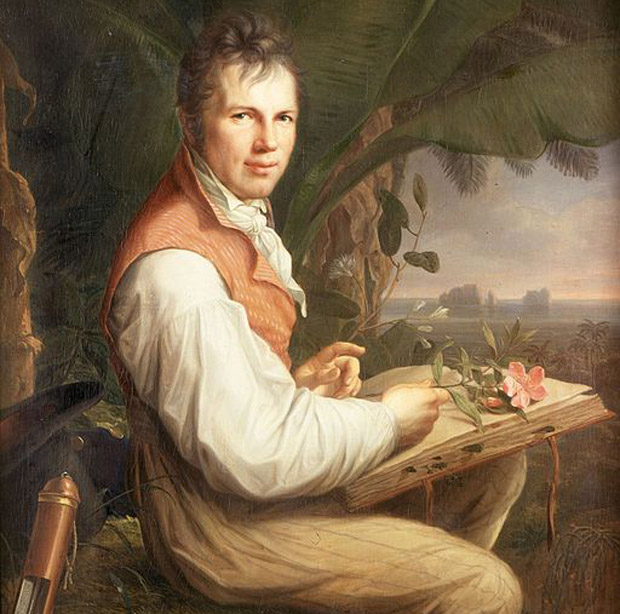 Trekking across Latin America in the early 1800s, Alexander von Humboldt climbed the tallest volcanoes. He paddled down treacherous rivers. And he observed wildlife unknown to his fellow Europeans. Humboldt was the Shakespeare of the scientific world, in his day–famed for his explorations and vivid accounts of the natural world. He is in many ways the founding father of environmentalism: he predicted man-made climate change, and was the first to conceive of the natural world as an interconnected web. And yet he is largely forgotten. Now one historian says it’s time to restore him to his rightful place in the history of science. We investigate the lost legacy of Alexander von Humboldt.

Excerpted from The Invention of Nature by Andrea Wulf. Copyright © 2015 by Andrea Wulf. Excerpted by permission of Knopf, a division of Random House LLC. All rights reserved. No part of this excerpt may be reproduced or reprinted without permission in writing from the publisher.