A Divided Republican Party And The Race For House Speaker

A Divided Republican Party And The Race For House Speaker 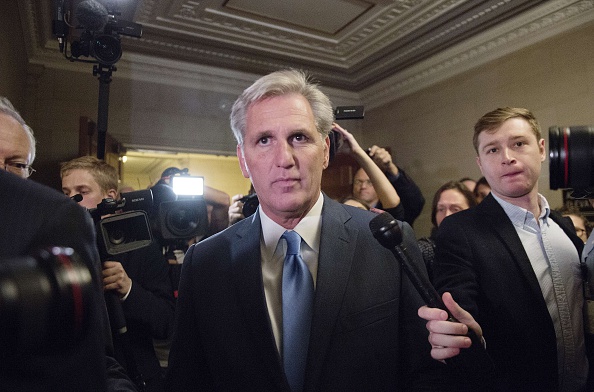 House Majority Leader Kevin McCarthy, R-Calif., walks out of the speaker nominee election on Oct. 8 after dropping out of the race on Capitol Hill. McCarthy had been considered the frontrunner for the speakership. JIM WATSON/AFP/Getty Images

Late last month, House Speaker John Boehner stunned the political world with his announcement that he’d be resigning from his post. Two and half weeks later – more surprises: Boehner’s presumed successor, Republican Rep. Kevin McCarthy, pulls out of the race. Both men were driven from their positions by conservative forces within their own party, leading many to say the GOP is in a state of chaos. We examine what’s next for the Republican leadership, and how the turmoil will impact critical budget deadlines and the 2016 elections.