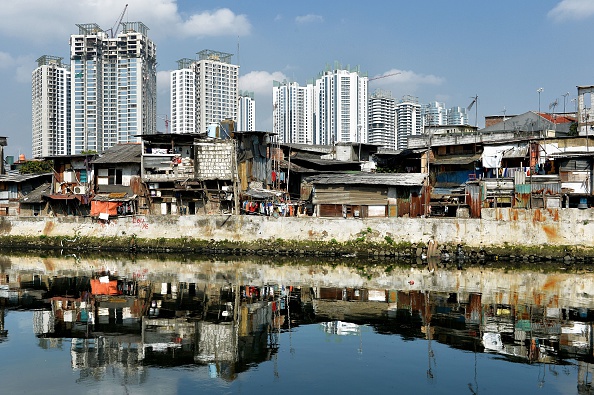 New construction of apartment buildings is the backdrop for shanty houses in downtown Jakarta in a photo taken in July. BAY ISMOYO/AFP/Getty Images

In Tuesday’s Democratic presidential debate, the issue of income inequality was front and center. Bernie Sanders said: “Millions of Americans are working longer hours for lower wages, and yet almost all of the new income and wealth being created is going to the top one percent.” And Hillary Clinton added: “This inequality challenge we face…hasn’t been this bad since the 1920s.” Now, new research is putting even more of a focus on the question of economic inequality on a global scale, indicating the top one percent of the population owns half the world’s wealth. Understanding the widening gap between the super-rich and everyone else… and what it could mean for our political and economic future.