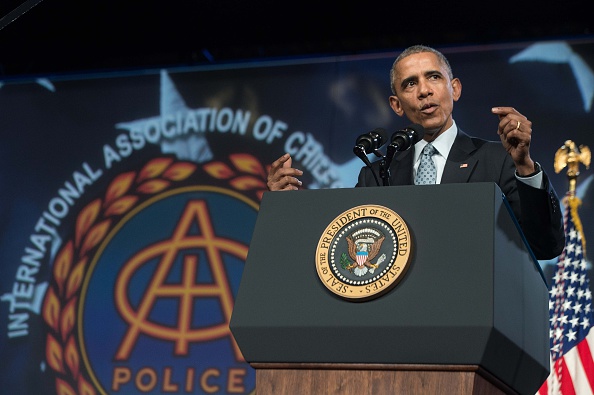 Obama speaks Tuesday at the International Association of Chiefs of Police Annual Conference and Exposition in Chicago. NICHOLAS KAMM/AFP/Getty Images

Yesterday President Obama traveled to Chicago to address police chiefs from around the country. The President sought to defend their work telling the group that “too often law enforcement gets scapegoated for the broader failures of our society”. The message comes as a national debate goes on about police force and the death of unarmed black men. It follows recent statements from FBI Director James Comey who said police anxiety has led to a spike in crime in some cities — the so-called “Ferguson effect” which many, including the President, dispute. Diane and her guests discuss police, race relations and trends in violent crime.