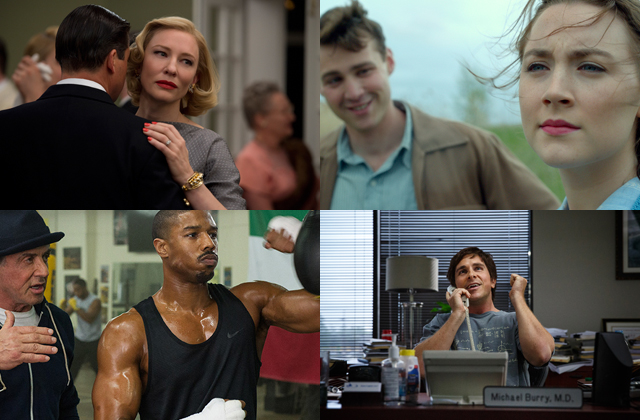 Clockwise from top left: Cate Blanchett in Carol. Emory Cohen and Saoirse Ronan in Brooklyn. Christian Bale in The Big Short. Sylvester Stallone and Michael B. Jordan in Creed.

By any account, it’s been a big year for movies. 2015 is going out with a bang, as “Star Wars: The Force Awakens” dominates at the box office. But according to some critics it’s not the big and flashy that made this a great year for film – but the quieter winners with standout performances, like “Brooklyn” and “Spotlight”. Many also say it’s been an encouraging year for gender and racial diversity. On screen and behind the camera, women were key to the success of some of the most popular and acclaimed films of the year, like “Mad Max: Fury Road”, Disney Pixar’s “Inside Out”, and more. We look back at the best of 2015 in film.