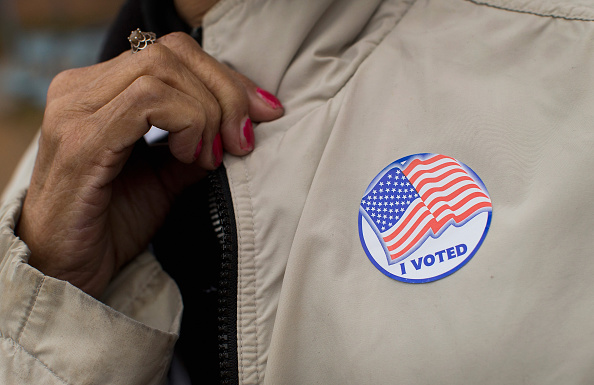 A voter shows off her "I Voted" sticker as she leaves a polling place on Nov. 4, 2014, in Ferguson, Missouri. Scott Olson/Getty Images

When Barack Obama was elected president in 2008, some believed it would usher in a post-racial era. But Eddie Glaude, chair of the Department of African American Studies at Princeton University, was leery of these predictions from the beginning. He says people were caught up in the symbolic nature of Obama’s presidency — not the substance of his policy positions. Now as Obama enters his final year in office, Glaude says he believes he was right to be skeptical. In a new book, “Democracy In Black: How Race Still Enslaves The American Soul,” Glaude calls for major changes when voters go to the polls in 2016. He joins guest host Derek McGinty to talk about race, democracy and the presidency.