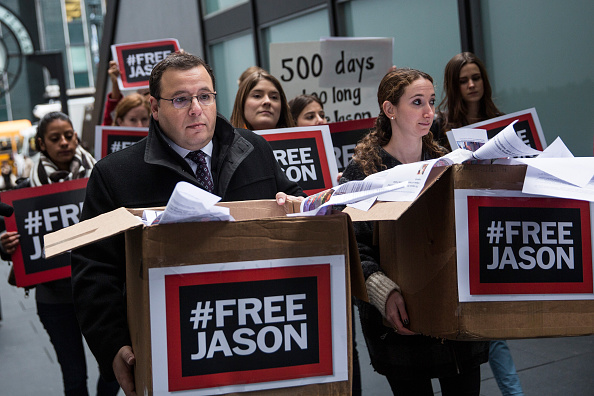 Ali Rezaian, the brother of Washington Post journalist Jason Rezaian protests Dec. 3 with supporters before delivering a petition to the Iranian Mission to the United Nations calling for his brother's immediate release. Iran released Jason Rezaian over this past weekend. Andrew Burton/Getty Images

Washington Post reporter Jason Rezaian and four other Americans imprisoned in Iran were freed over the weekend. Their release comes just after most international sanctions against Iran were lifted as part of the nuclear agreement reached last summer. U.S. officials said negotiations over the imprisoned Americans occurred over the past 14 months but were on a separate track from the nuclear talks. Guest host Susan Page speaks with Iran analyst Robin Wright about the secret negotiations between the U.S. and Iran and the latest on the freed Americans.