The Evolution and Future of American Conservatism

The Evolution and Future of American Conservatism 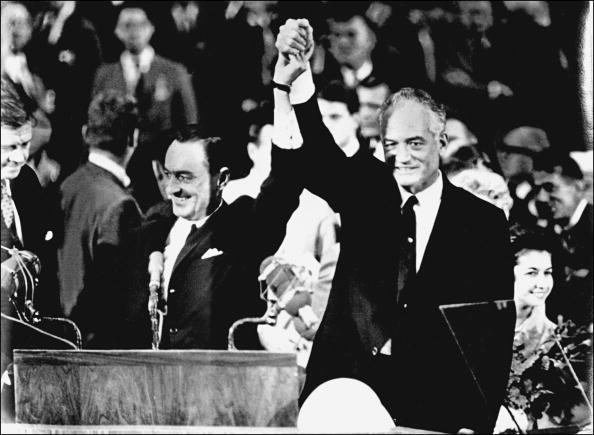 The level of political partisanship has surged in recent years. Some point to the election of Barack Obama as the cause. But Washington Post columnist E.J. Dionne argues the roots of today’s politics go back to Barry Goldwater’s failed campaign for the presidency in 1964. Dionne argues it was “Goldwaterism,” with its promises to abolish large parts of the federal government that created what he calls a cycle of disappointment and betrayal among Republican voters. He says the result was a steady march rightward within the GOP. Guest host Susan Page and guests discuss the history and evolution of contemporary American conservatism.