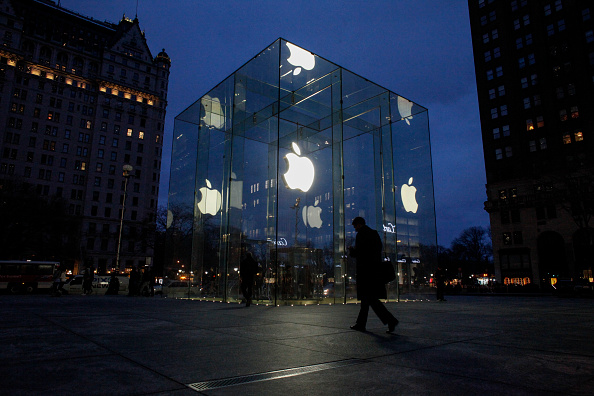 A man walks outside the Apple store on the Fifth Avenue in New York on February 17. Apple's challenge of a court order to unlock an iPhone used by one of the San Bernardino killers opens up a new front in the long-running battle between technology companies and the government over encryption. Kena Betancur/AFP/Getty Images)

Apple is front and center in the debate over privacy after the company says they’ll fight a court order forcing them to unlock the iPhone of the San Bernardino shooter. President Obama says he will not attend the funeral of the late Supreme Court Justice Antonin Scalia. Meanwhile, the political debate over replacing the vacancy heats up. On his visit to Mexico, the Pope weighs in on the race for president and Donald Trump fires back. And ahead of Saturday’s Democratic caucus in Nevada, Hillary Clinton holds a small lead over Bernie Sanders. Guest host Cecilia Kang and a panel of journalists discuss this week in news.