Joe Nocera And Ben Strauss: “Indentured: The Inside Story Of The Rebellion Against The NCAA”

Joe Nocera And Ben Strauss: “Indentured: The Inside Story Of The Rebellion Against The NCAA” 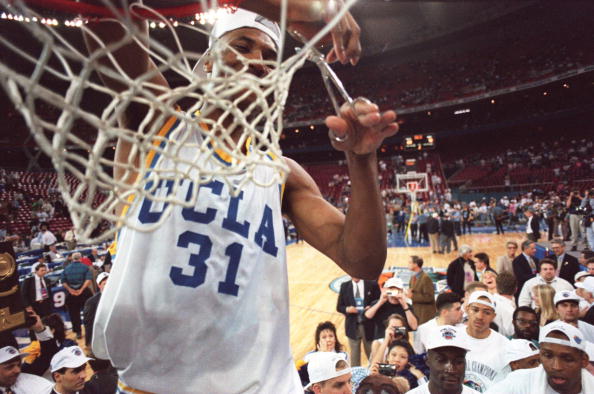 Then-UCLA forward Ed O'Bannon cuts down the net after his team's 89-78 victory over Arkansas for the NCAA title on April 3, 1995. Later, O'Bannon sued the NCAA for profiting from his image after his graduation without compensation. Allsport USA/Getty Images

By any measure, college sports in America is big business. It generates an estimated $13 billion a year in revenue. The NCAA alone has annual revenues of some $900 million. But the college athletes under its purview are not allowed a dime.

The authors of a new book argue that many of these athletes are being exploited in a corrupt system that treats them like indentured servants. The authors also tell the story of a loose-knit band of rebels who have begun to fight back.

Indentured: The Inside Story Of The Rebellion Against The NCAA