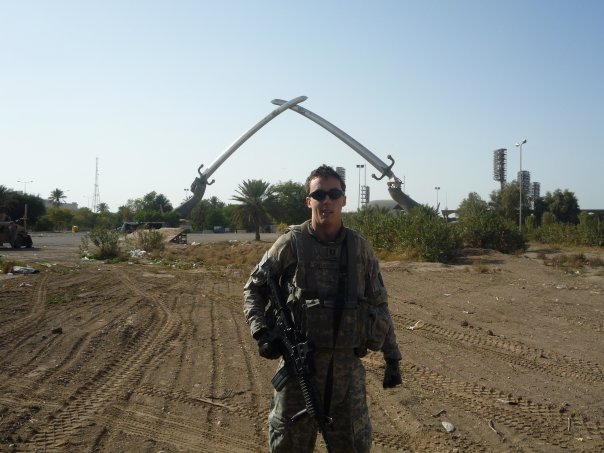 Matt Gallagher wrote a blog while serving in Iraq that was popular until it was shut down by the military. Courtesy Matt Gallagher

Matt Gallagher was an army platoon leader in Iraq eight years ago. During his 15-month deployment, he wrote an irreverent blog called Kaboom, about daily life in the military. His posts were originally intended for family and friends, but he soon gained a larger audience. The army eventually shut the blog down.

But Gallagher kept on writing. He turned his posts into a memoir and contributes to the “At War” blog of The New York Times. Now, he’s out with his first novel. It’s about a young American lieutenant who becomes obsessed with investigating the mysterious death of another soldier. Guest host Susan Page has a conversation with Gallagher about his new book.

From the book YOUNGBLOOD by Matt Gallagher. Reprinted by permission of Atria Books.