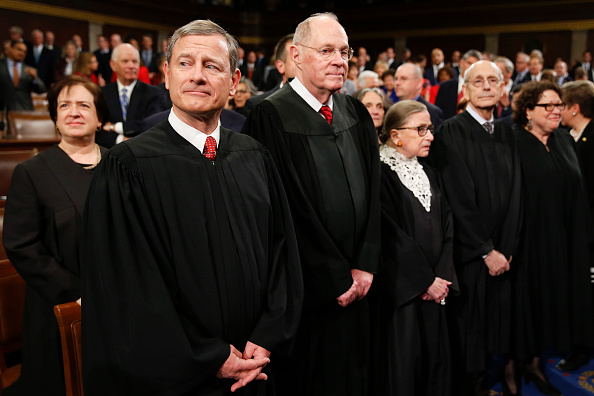 The Supreme Court Justices arrive before the State of the Union address to a joint session of Congress on Capitol Hill January 12 in Washington, D.C. Evan Vucci - Pool/Getty Images

No sooner than the news broke of the death of Supreme Court Justice Antonin Scalia than Republicans in Congress made clear they’d reject any Obama nominee to replace him. Then this week Senate Republicans made a vow they wouldn’t even meet with any prospective nominee, much less hold confirmation hearings. The President plans to name a candidate anyways but prospects are slim for a new justice to be seated this year. That means an eight-member bench will decide major cases on abortion, voting rights, immigration and affirmative action. Guest host Indira Lakshmanan and her guests discuss Supreme Court politics and what a vacancy means for key cases on the docket of the nation’s highest court.