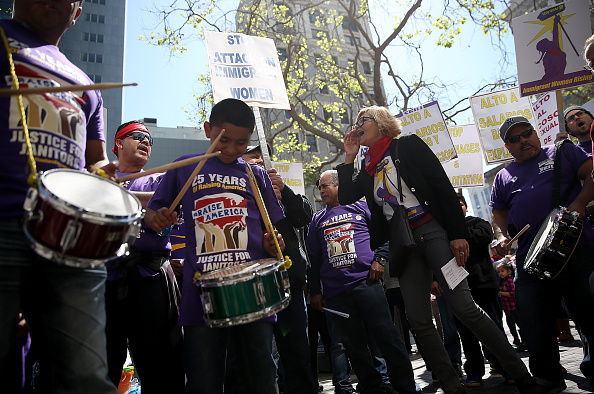 Union and fast food workers play drums during a demonstration in support of a proposal to raise the California minimum wage to $15 by 2022 on March 31 in Oakland, California. The proposal has since been signed into law by Governor Jerry Brown. Justin Sullivan/Getty Images

Yesterday, the governors of California and New York signed laws that would gradually raise the minimum wage in those states to $15 an hour. The new laws were cheered by labor unions and other advocates for low-wage earners. They say the increase is necessary for workers trying to pay the high cost of living expenses. But business groups warn that higher minimum wages will cost thousands of jobs and lead to higher prices for consumers. Diane and a panel of guests discuss the debate over raising minimum wages in the states and what it could mean for consumers, businesses and the 2016 presidential race.